I (re) discovered this short poem in my pictures. I guess my statement was not entirely true. THIS was my first poem ever.

When I talk to people about Whizzy, the wolf that is within me, they often look bewildered and confused. The idea of an alter ego in the first place is something many can’t grasp. If I tell them that this alter ego is not just “in my mind”  the confusion only grows.

In a night like this (full moon, Blood moon soon rising in the USA) I can not sleep. Primal feelings are conflicting within me. Rage, anger and frustration are swapping constantly with love, peace and kindness. The two wolves of love and hate posted before (and here again ;)) are fighting for victory. The full moon, actually the days before the full moon and the days after as well, are among the most tiresome for me. Sleeping seems impossible and the energy is overflowing.

Spirit wolf by Jocarra from deviantart

In many cultures their are spirit animals and their are many explanations on “how to find your spirit animal or spirit guide”. For me, the wolf presented itself in a vision I had when I was camping alone in the Belgian/Luxembourg forest the Ardennes. I still can recall this vision in my head although I would have a hard time describing it to you. It made itself known a Blaez which I later learned is old Breton for Wolf (did you know that Adolph means Noble Wolf? what a wrong name a certain dictator got) and it was a big dark brown wolf I guess twice the size of a German Shepherd. It took me on a journey and showed me the beauty of our precious mother earth. I have never seen waterfalls in real life, nor have I seen the canyons or fjords up close, yet during this vision they all where presented to me.

Wolfs Magic by ted786 from Deviantart

Now some of you might say that the mushrooms I took that night might have something to do with it and I agree, however.. mushrooms are when used properly, nothing more then a tool to awaken that what is inside us already.

I created Whizzy to represent my “evil” side thus Whizzy is a werewolf. However, since I met Blaez I noticed my “evil” has gone for a great part. I am in no way perfect. Just as everybody else I make mistakes, hurt people, say the wrong things etc. However since that day I also have much less of a problem with just loving people, giving hem my trust and becoming friends with them. I stopped looking at who they are but rather focused on what they represent to be.

What also happened that day si my connection with the animal world. Dogs, cats, birds and deers alike often come to me without me calling them. I can approach almost any animal I encounter without being fearful it will harm me (ok ok I haven’t tried lions and hippos yet) and when I go to the park it can happen that doves/pigeons will land next to me on a bench or even on my shoulder

I love my spirit wolf, Blaez is one of the best things that ever happened to me and I truly wish everyone could experience such an event although I do not recommend using the mushrooms if you never did that before.

The Spirit Wolf:
Through the transient fog of the dark winter night,
peered haunting blue eyes with their soft glowing light.
The powerful stare with its brilliance and intricacy,
brought on a shivering response full of caution and mystery.
They seemed to float through the air with great charm,
in an effort to announce that “they meant you no harm.”
Yet as subtle as the movements had tried to be,
an eerie feeling of desolation abruptly overtook me.
As I fell to the frozen, unforgiving, forest floor,
I noticed those two eyes had been accompanied by two more!
Soon there were three enchanting pairs upon me,
watching and listening, gliding through the trees,
With one final shiver the dark night became black,
I knew as I slept, that I would not be coming back.
I dreamt of a thousand things that night,
mostly about a past I wanted to fix and make right.
The bright morning sun was the next thing I saw,
which was followed by the touch of a rather large paw!
And after providing a steaming kiss on the nose,
the wolf disappeared, and I arose.
In the snow at my feet, there were paw prints all about,
and the surrounding outlines of the bodies, which helped keep the winter out.
The howl which followed, echoed forever it seemed…
conveying the heartfelt message, “you are important to me.”

I am sitting here deep in the night, my wolf is calling me. He wants to get out he wants to run, he wants to wander free.

His thoughts are roaming through my head, his fury makes me mad. His passion makes me laugh and cry, and crazy, foolish, sad.

Emotions are not this mans forte, by day they do not bloom. At night it is a different song at night there is the moon.

A howl, A cry a whispering. The moon is shining bright. A gibbous moon is all I need to see things in new light.

The moon is full in just four nights and I can’t hardly wait. Cause Full Moon is where I live, four nights I have to wait.

A werewolf that is what I’m called, They think I am insane and mad. Oh how I wish they walked with me and learn that I’m not bad.

Were guardians of natures pride, the forests and the fields. We guard the animals from the beast, it’s from manhood that we shield.

As man we are not perfect, as man we are the beast. As wolf we are in line with nature, we celebrate, we feast

Once upon a Gibbous moon a wolf was howling loud. Once he was man but now a wolf and he was feeling proud.

This was my very first ever attempt to write a poem.  please feel free to give some feedback

Have you ever heard the term “gibbous moon”, and wondered what it means? A gibbous moon is one of the phases of the Moon, when the size of the illuminated portion is greater than half but not a full Moon.

take the pledge, click image to download a version you can personalise. the used font is Cambria

Click the logo to go to the WHI pages

Awarded by Patty, thank you dear

Member of the wolfpack

click the image to go to the Wolfpack Introduction Topic

I am part of the WordPress Family Award

Awarded by Shaun, thanks my friend

Owl part, nominated to me by Eddie Tatro

The Parliament award wolf part, nominated to me by Eddie Tatro

Member of the MOD Squad

Nominated to me by Joe

visitors come from these countries 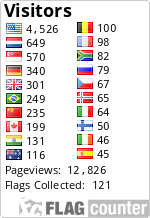 The Being a light in the world award

Nominated to me by Patty

Love is our revolution

There is no common truth, but there are facts.

Independent views from someone who offers some historical context

A Buick in the Land of Lexus

WhiteRabbit Reviews
The Return of the Modern Philosopher

Deep Thoughts from the Shallow End of the Pool

Musings of a Progressive Realist in Wonderland

WAR AGAINST ALL PUERTO RICANS

Revolution and Terror in America’s Colony