Hello my friends and followers

Here I am after a long time, wanting to give you all an update on my life.

as you know my wife is disabled, This started about 15 years ago and until about a year ago this was a stable situation. Although things didn’t improve, they didn’t go worse either. Well… that changed dramatically. Last winter and spring Lijda got more pain in places she never had them. Her joints mostly but also stomach and headaches. We kind of brushed it of as a flu type of thing and carried on as always. Then suddenly around June Lijda woke up one morning asking if I could help her to the toilet. I was unable, there was not a single muscle working in her body and most worrying of all, she was bloody hot and I am not talking looks. 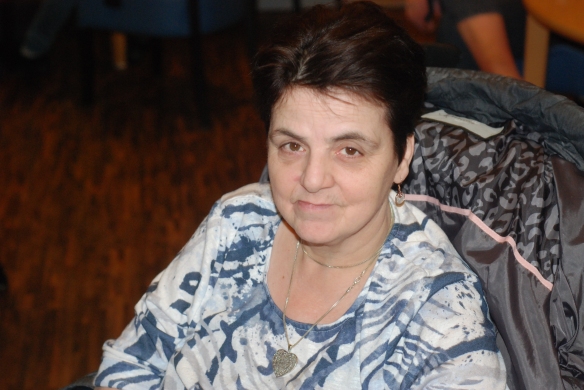 So I called an ambulance. When they came and took her temperature it was close to 42c (107f), an actual life-threatening temperature. The paramedics did everything they could to bring her temperature down and when they got it a bit lower they rushed her with sirens and lights on to the hospital. After investigation on what was going on it proved that Lijda had a UTI (Urinary tract infection). She quickly got admitted and they started treatment (mainly antibiotics) and we expected that she would be back home after a week or two. Two weeks passed, a month, two months… Lijda was free of the infection for weeks but for some reason she did not regain her level of mobility back and we doubted she could live home on her own (well with me)  but after 2 months the doctors said ” she can go home tomorrow) ” Tomorrow”  was a Saturday and that day I very happy (but also concerned)  drove her out of the hospital and back home. It lasted 12 hours, until the next morning.

As usual, I woke up with a request from Lijda to help her to the toilet. It took me an hour, not to get her to the toilet, but to get her from her bed into her chair. She was a dead weight, nothing functioned…. so I called the ambulance again. Back to the hospital, we went, and after discussing with doctors and social workers it was concluded that, at least for the time being, living back home was not an option anymore.  She stayed in the hospital for another few weeks until a place was found with a nursing home run by the Salvation Army that was willing and had a place to take her in. The plan was to get her back into a place where returning home was an option. However, after a few months it became clear to them that this would not be an option and as per November 1, Lijda has become a permanent resident of the facility. 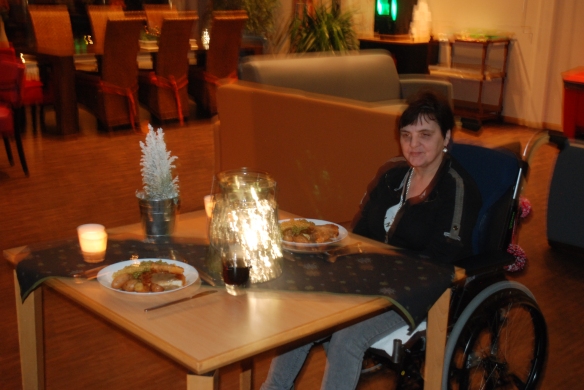 This place is about 16 miles away, I do not have a drivers license and only own a bike so every other day, weather permitting, I am on the bike driving to Lijda (a bicycle that is, not a motorized bike) and have been celebrating Christmas alone (except for a few visiting hours Christmas day) and New Year’s Eve I will be separated from her as well.

HOWEVER, Lijda is now in a place where she feels comfortable, at home and safe. She made new friends and is looking great. The fact that she is happy, is taken care for and doesn’t need to worry means the world to me. I will be looking for a new apartment closer to her and who knows, perhaps I can find time and inspiration again to do some blogging.

I hope your year was great and that next year will be awesome. All the best for 2019 and keep an eye on this space. I have done some photography during my bike rides and I might be sharing them soon with you all.

May your next year be filled with love, peace, family, and friends. May you thrive and shine. Let’s rock 2019