Although the news is already a bit older I have waited to report this to make sure that it isn’t a hoax, prank or urban myth. But luckily it isn’t so I am happy to report that the wolf has officially come back to the Netherlands. I so wished I was the one that made the following picture 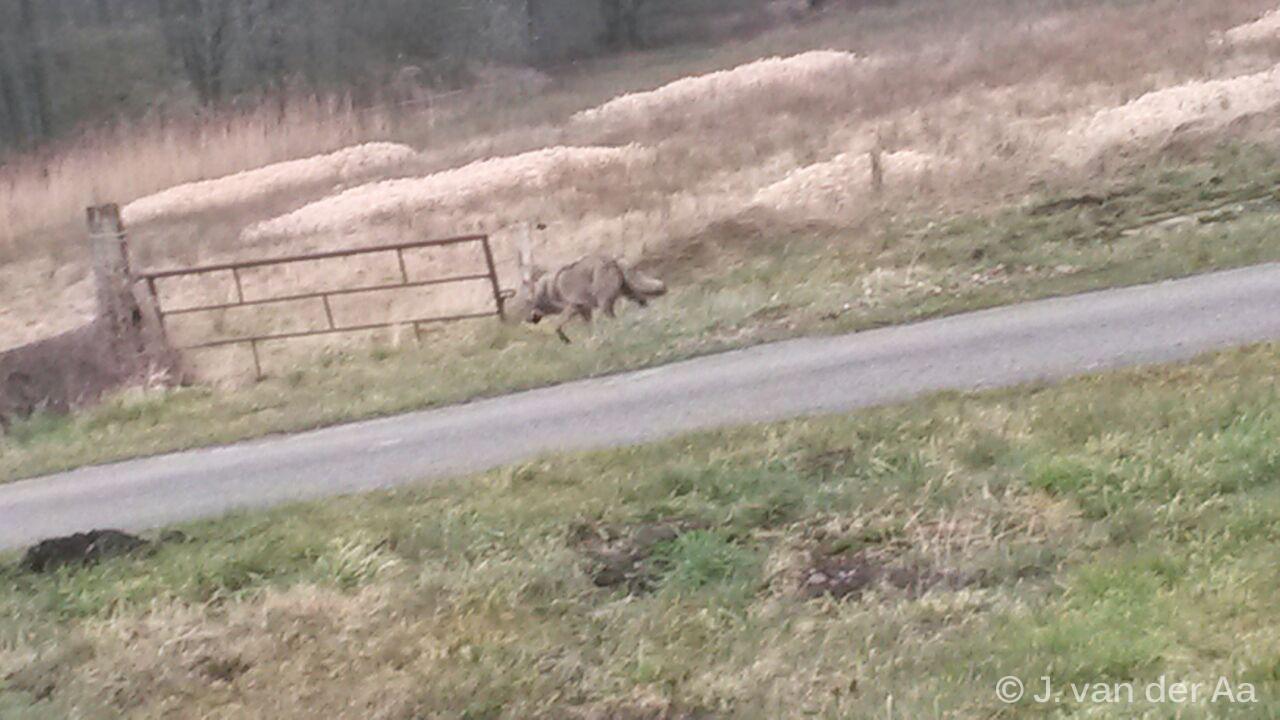 The wolf has been spotted near Emmen in the Dutch province of Drenthe which is on the border with Germany. The wolf showed some a-typical behaviour since it didn’t really show “fear” for humans. This can be due to it being fed by individuals in Germany but it is not sure. .Prior to it’s appearance in Drenthe the (most likely)  same wolf had been spotted in Germany going in the direction of Holland.

A small bit of advice for the reading Dutchies. If you encounter a wolf you are welcome of course to jump with joy and make some great pictures but do not approach it. A cornered wolf can attack and it will be your own doing if you get hurt. However if YOU get hurt due to YOUR stupidity it is most likely that people and certain politicians will say “it attacked someone we need to shoot it” and your stupidity will then be the cause that we have to wait another 2 centuries to see the return of this awesome creature in our woods and fields.

a video (in Dutch) can be found at http://www.hartvannederland.nl/algemeen/2015/hij-nu-echt-terug-nederland-de-wolf/# with some live footage of the wolf. I wasn’t able to rip it so you have to watch it from the link provided. If a countrylock is in place I suggest you try https://www.tunnelbear.com/ where you can download a proxy application with a setting for the Netherlands. 500Mb data is free and an additional 1gig if you send out a tweet. install, set to Netherlands, browse to page, watch video, exit tunnelbear.

5 thoughts on “It’s Official, the wolf has returned to the Netherlands”